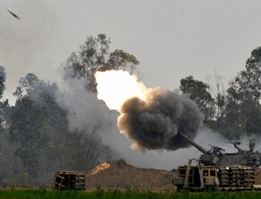 Palestinian medical sources have reported Sunday [August 11, 2013] that the Palestinian man who was shot and killed by Israeli army fire on Saturday at night has been identified. A Palestinian was shot and injured east of Gaza Sunday.Dr. Ashraf Al-Qodra, spokesperson of the Ministry of Health in Gaza, stated that Israel handed, on Sunday, the body of Hussein Abdul-Hadi Awadallah, 30, to the Palestinian side, and added that the slain man is from An-Nusseirat refugee camp, in central Gaza.

Furthermore, Al-Qodra said that, on Sunday, Israeli soldiers, manning a military across the border east of Gaza city, fired rounds of live ammunition at Palestinian lands and homes, wounding one Palestinian identified as Mahmoud Samir Jundiyya, 25.

Jundiyya was shot in his right foot, and was moved to the Al-Shifa Hospital in Gaza suffering moderate injuries.

Human Rights groups in the Gaza Strip the ongoing Israeli military escalation and ongoing violations against the Palestinians, their lands and property.

They said that, since the Egyptian-mediated ceasefire deal was reached between Israel and the resistance in Gaza in November 22 of last year, Israeli soldiers shot and killed six Palestinians, injured and kidnapped dozens, in addition to injuring and wounding more than 40 fishermen, and confiscated several Palestinian fishing boats.