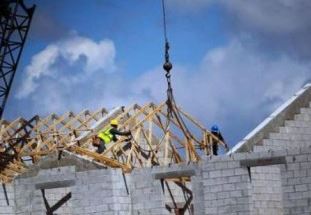 The European Union and White House issued separate statements denouncing the new Israeli plan, declared Sunday, when Israel approved hundreds of units for Israeli settlers in occupied East Jerusalem, and the occupied West Bank.High Representative of the Union for Foreign Affairs and Security Policy for the European Union, Catherine Ashton, stated that the EU strongly believes that Israel’s settlements in occupied Palestine are illegal, and violate International Law.

Ashton added that settlement pose serious threats to the efforts to resolve the Palestinian-Israel conflict and the two-state solution, especially amidst the recently renewed direct peace talks between Israel and the Palestinian.

Psaky added that the position of her country has never changed, as the United States does not recognize settlements because they are illegitimate.

The statements came after Israel officially approved the construction of 1200 units in illegal settlements build in the occupied West Bank, and in occupied East Jerusalem.

Israel’s illegal settlements, and its Apartheid Wall have turned the Palestinian areas into isolated ghettoes, separating the villagers from their lands, or what is left of them, and diminished the chances of establishing a future contiguous and independent Palestinian State.