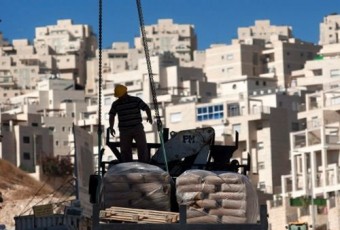 Israeli daily, Haaretz, has reported that the plan was not recently prepared, and that the Israeli government is currently discussing the actual implementation.

Israel will also be expanding the southern neighborhood of the settlement by illegally confiscating more Palestinian lands, and lands the belong to the Cremissan Christian Monetary.

Haaretz added that the new construction plan is one of the biggest “housing projects” in occupied Jerusalem.
It said that the plan was submitted to the Housing Ministry in December of 2012, but was postponed as contractors and engineers needed to perform some changes.

The Ministry of Interior approved the modified plan on Monday.

This came after the government on Netanyahu approved the construction of 1200 units in West Bank and Jerusalem settlements.

The United States said that it is concerned about the Israeli decision to build more units for Jewish settlers in the occupied West Bank, especially amidst the start of a new round of direct talks between Israel and the Palestinians.