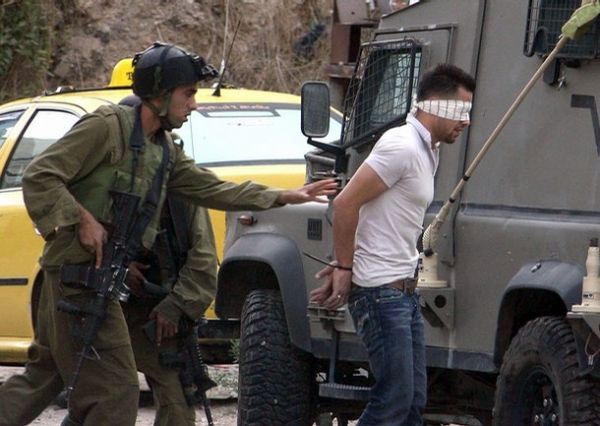 The Solidarity Foundation for Human Rights have reported dozens of Israeli soldiers invaded the northern West Bank city of Qalqilia, and kidnapped two brothers. It also stated that the army kidnapped 30 Palestinians in two days.In a statement released Tuesday [August 13, 2013] the foundation said that the soldiers kidnapped, on Tuesday at dawn, two brothers from Qalqilia city, in the northern part of the West Bank.

The two have been kidnapped after dozens of soldiers invaded Shreim neighborhood in the city, broke into and violently searched a number of homes.

The kidnapped brother have been identified as Ibrahim Mustafa Hasan, 32, and his brother Ahmad, 30.

Their third brother, Mahmoud, 29, was kidnapped on July 12, and was moved to the Al-Jalama interrogation center; he is a former prisoner who was kidnapped and interrogated four times.