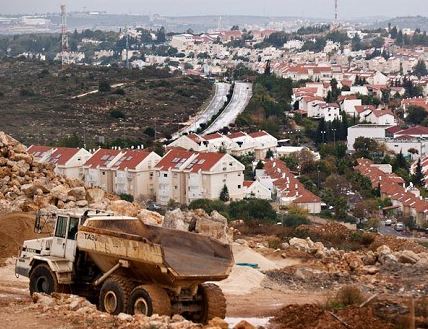 The Palestinian Census Bureau has reported that Israel built four new illegal settlements in the occupied West Bank in 2012, raising the number of Jewish settlements to 144 comparing to 140 by the end of 2011. In its Wednesday reported, the Bureau said Israel’s settlements in occupied Palestine are illegal and violate International Law in addition to violating the Fourth Geneva Convention, as they are illegally built in occupied territories.

The Bureau added that most of the settlements are concentrated in occupied Jerusalem, as there are 26 official settlements in the city, followed by the central West Bank district of Ramallah and Al-Biereh (24 settlements).

It further stated that the number of settlers increased 40 fold between the years of 1972 and 2013.

In addition, the number of settlers increased by %2.8 since the beginning of this year until the end of July, due to the illegal expansion of Jewish settlements in occupied Palestine.

Tubas central West Bank district has the lowest number of settlers comparing to the rest of Palestine as 1.452 settlers live in the district.

As efforts to maintain direct peace talks with the Palestinian Authority, Israel still insists on constructing thousands of units of Jewish settlers in different settlements in the occupied West Bank, including in and around occupied East Jerusalem.

Two days ago, the Israeli government of Prime Minister, Benjamin Netanyahu, approved the construction of additional 890 units for Jewish settlers in the Gilo illegal settlement, southwest of occupied East Jerusalem.

The decision came after Tel Aviv approved the construction of 1200 units in West Bank and Jerusalem settlements.

This came after the government on Netanyahu approved the construction of 1200 units in West Bank and Jerusalem settlements.