Abbas: “All Detainees Will Be Free” 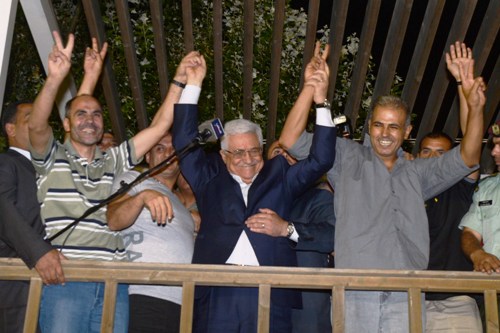 Palestinian President, Mahmoud Abbas, stated late on Wednesday at night, that the Palestinian Authority will act on ensuring the release of all Palestinian political prisoners held by Israel”.His statements came in the central West Bank city of Ramallah, as he welcomed the 11 West Bank detainees who were released by Israel in the first sage of releasing detainees who have been imprisoned since before the first Oslo Peace Agreement of 1994.

“We celebrate your release, we congratulate ourselves, and our people”, Abbas stated while welcoming the freed political prisoners, “The rest of the detainees will be released, more brothers will be coming back home to you”.

“Please allow me to salute you, our people, the families of the detainees, and all detainees”, the President said, “We will not rest until all of our sons are back among us, God willing, welcome back home, we will meeting in Jerusalem”.

Fifteen more detainees have been release and have been sent back home in the Gaza Strip where they were welcomed by thousands of Palestinians, political and social figures. 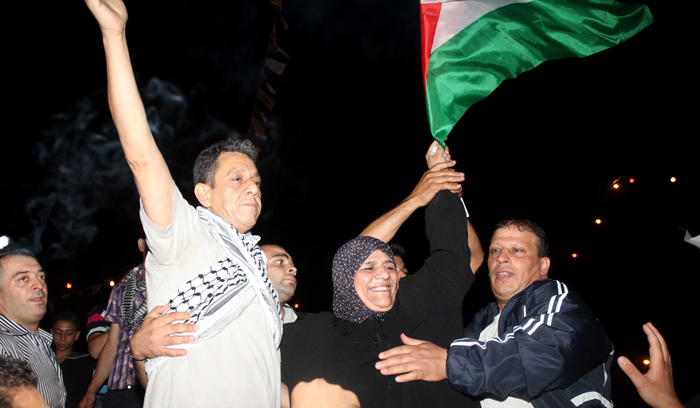