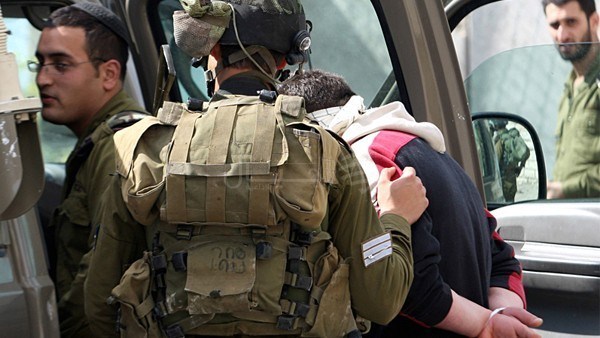 Local sources in Jenin, in the northern part of the occupied West Bank, have reported that dozens of soldiers invaded the city and its refugee camp, broke into and violently searched several homes and kidnapped two Palestinians.

The two have been identified as Ahmad Hasan Shabrawy and Fadi Kamal As-Sabbagh. Soldiers also forced several families out of their homes, and violently searched them while interrogating the residents; excessive damage was reported.

Medical sources have reported that dozens of residents have been treated for the effects of teargas inhalation.
Dozens of soldiers also invaded the West Bank district of Bethlehem, and kidnapped four Palestinians after violently searching their homes.

Local sources have reported that residents Khaled Salah, 45, and Mohammad Al-Hreimy, 28, have been kidnapped in Al-Khader town, while resident Hashem Abu Mahameed was kidnapped in Za’tara village, east of Bethlehem, and resident Mohammad Nimir Ash-Sheikh, 18, was kidnapped in Batteer town.

Dozens of soldiers also invaded Doura town, south of the southern West Bank city of Hebron, and kidnapped one resident identified as Hatem Naji Amro after violently searching his home.

Soldiers also broke into the Islamic Charitable Society in the town, and searched it.

Furthermore, a number of Israeli military vehicles invaded Ithna town, west of Hebron, and searched one home after breaking into it.

The invasions, attacks and attests are part on ongoing and daily violations carried out by the Israeli army against the Palestinians in the occupied territories.

The invasions, attacks and attests are part on ongoing and daily violations carried out by the Israeli army against the Palestinians in the occupied territories.