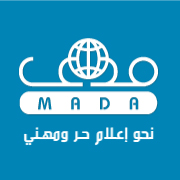 The Palestinian Center for Development and Media Freedoms (MADA) demanded Israel to stop all of its violations against Palestinians journalists, and to release all detained reporters in compliance with International Law.MADA said that, on August 7, Israeli soldiers kidnapped Mohammad Mona, a reporter working for the Al-Quds Press Media Agency, after breaking into his home, and violently searching it, in the northern West Bank city of Nablus.

The Center added that, on August 8, another journalist, identified as Mohammad Awad, a cameraman working for Wattan TV, from Bodrus village, west of the central West Bank city of Ramallah, was also kidnapped by the army after the dozens of soldiers broke into his home and searched it.

His brother told MADA that the soldiers confiscated the personal computer of Awad, his mobile phone and several documents.

He was sentenced to six months in arbitrary Administrative Detention without charges.

MADA strongly denounced the ongoing and escalating Israeli violations against the journalists, and demanded the International Community to oblige Israel to release all detained reporters, as they imprisonment violates all human rights treaties.