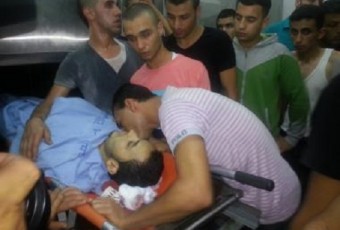 Palestinian medical sources have reported that Israeli soldiers invaded, on Monday at dawn [August 20, 2013] the northern West Bank city of Jenin, and clashed with local youths killing one of them by rounds of live ammunition, and wounding five others.The sources said that Majd Lahlouh, 22, has been killed after being shot by a live round to the heart, and added that five others have been injured also by live rounds, while dozens have been treated for the effects of teargas inhalation, the Palestine News Network (PNN) said.

Medics rushed Lahlouh to Dr. Khalil Suleiman Hospital in Jenin, but he succumbed to his injuries.

Soldiers withdrew from the camp later on leaving tensions high among the residents, especially since the military invaded Jenin several times during the last 24 hours.