Abbas: “We Will Not Demand To Return To Akka, Safad and Jaffa” 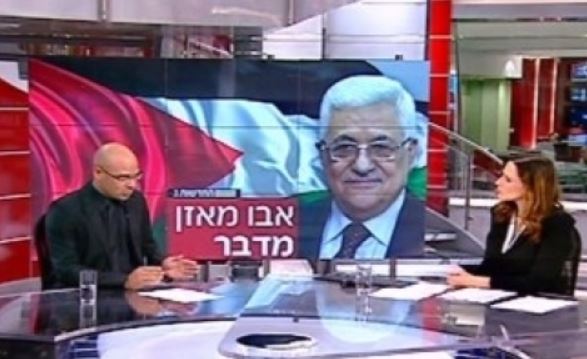 During a meeting with members of the Israeli Meretz opposition Party, who visited him Thursday in the central West Bank city of Ramallah, Palestinian president, Mahmoud Abbas, stated that the Palestinian Authority will not demand the Palestinian return to Jaffa, Akka (Akko) and Safad.He was referring to the internationally guaranteed Right of Return of the refugees displaced during the creating of Israel in historic Palestine.

“I know how concerned you (the Israelis) are, therefore I want to make some issues clear”, Abbas said, “I assure you that following the end of successful peace talks, the conflict will be resolved, we will not demand to return to Jaffa, Akka and Safad”.

The statements of Abbas, who comes from a family of refugees displaced by the Israeli forces from Safad during the Nakba of 1948, received extensive Israeli media coverage.

Ohad Hamo of Israel’s TV Channel 2 stated that Abu Mazin (Abbas) “is a courageous man who wanted to put the Israelis at ease”.

Hamo said that Abbas’ statements are meant to boost direct peace talks with Israel in order to achieve a final status agreement.

Hamo further stated that, during his meeting with six Meretz members who visited him at the presidential headquarters in Ramallah, Abbas said that he is not optimistic, but added that the Middle East “is burning, this is our only chance”, and that he [Abbas] believes a peace agreement within six months is possible.

President Abbas also criticized the Israeli Government of Prime Minister Benjamin Netanyahu, saying that Israel is wasting time, and is rejecting an “effective American mediation in the direct talks”.

“We only have six to nine months of talks, I wanted the two sides to meet every day, or every other day so that we can reach an agreement in time”, Abbas said, “But Israel rejected the entire idea; it also rejected any effective American intervention and mediation”.

On his part, Hamo said that Abbas received a promise from Meretz’ head Zahava Gal-On to support any agreement reached between Israel and the Palestinians, despite the fact that her party is not part of the government coalition.

It is worth mentioning that Meretz only has six seats at the Israeli Knesset.