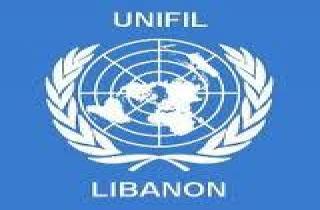 The United Nations Interim Force in Lebanon (UNFIL) issued a statement strongly denouncing a missile attack carried out from Lebanese territory into Israel.The UNIFIL said that on Thursday approximately at 4 P.M, a number of missiles were fired into Israel, and that its forces initiated an investigation into the issue in direct and close communication with the Lebanese army.

It said that the investigation is meant to uncover the source of fire, and all of its circumstances, and added that it is also in direct communication with senior military leaders of the Israeli army and the Lebanese army, and urged highest levels of restraint in order to avoid a military escalation.

UNIFIL further stated that the both Lebanon and Israel said that they want the situation to remain under control, and to ensure that the latest attack is an isolated incident. Both armies agreed to remain in close contact with the UNFIL to ensure calm.

The UNFIL said that the firing of the Katyushas into Israel violates Security Council resolution #1701, and that the attack endangers the lives of civilians, and was likely carried out “by groups that are interested in tension”.

“What happened endangers the lives of civilians in the area, it places the entire region under the threat of escalation”, the UNFIL said, “We will continue our work, we are determined to make every possible effort to ensure calm, this violation endangers the achievements made by the UNIFIL and the Lebanese army.

It is worth mentioning that the Israeli Air Force bombarded on Friday a target in Lebanon “in retaliation to a missile attack close to the border on Thursday”.

The targeted area, believed to be a center run by the Popular Front for the Liberation of Palestine – General Command, is located between Beirut and Saida (Sindon).