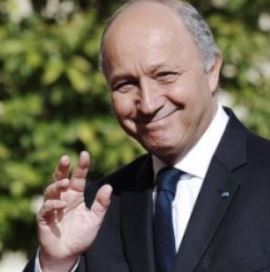 The French Foreign Ministry has reported that Foreign Minister, Laurent Fabius, will be visiting the Israel and the Palestinian territories to encourage the recently resumes peace talks between Ramallah and Tel Aviv. Fabius will be meeting Palestinian President, Mahmoud Abbas, and Prime Minister, Rami Hamdallah, in the central West bank city of Ramallah on Saturday.

The French Foreign Ministry issued a statement revealing that the visit comes to boost direct talks between Israel and the Palestinians.

It added that Fabius would also be discussing regional issues, including Syria, Egypt and Iran.