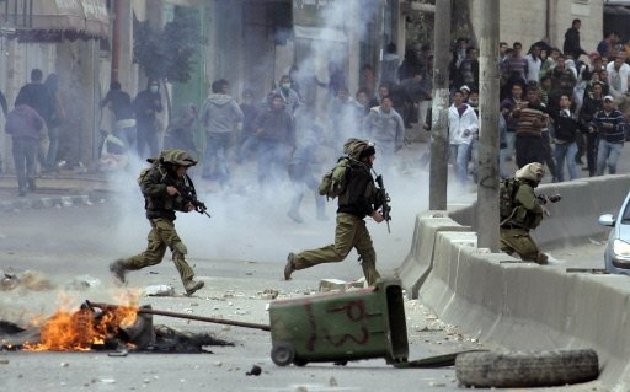 Nabil Abu Rodeina, spokesperson of President Mahmoud Abbas, strongly denounce the ongoing Israeli military escalation, escalating settlement activities, and the killing of two young Palestinian by Israeli army fire in Qalandia refugee camp, north of occupied Jerusalem.Abu Rodeina said that Israel is acting on escalating the situation in the occupied territories through its ongoing invasions and attacks targeting the residents and their property.

He strongly denounced the killing of Robin Al-‘Abed, 32, and Jihad Aslan, 19, who were shot by multiple rounds of live ammunition fired by undercover soldiers who infiltrated into the camp on Monday at dawn.

Dozens of residents have been injured by Israeli army fire, while fifteen of them were shot by rounds of live ammunition.

“The ongoing chain of Israeli crimes is a clear message about Israel’s real intentions towards the peace process with the Palestinians”, the Palestinian official said, “The violations are taking place while Israel is escalating its illegal settlement activities; this will lead to serious negative impacts in the region”.

He called on the United States, the current direct mediator in peace talks between Israel and the Palestinians, to intervene and put an end to the Israeli violations.

“Such violations will cause the collapse of direct talks”, Abu Rodeina said, “The U.S. needs to act before all American and international efforts fail”.

Soldiers also shot and injured several residents; the army claimed it was looking for a member of the Islamic Jihad in the camp.

On Sunday, Israel’s Housing Minister, Uri Ariel, announced the establishment of a new settlement in the occupied West Bank.

Israeli sources said that 70 settler families would be able to live in their new homes soon, and that 400 additional units will be built in the settlement later on.