Social Activist Kidnapped By The Army At Erez Terminal 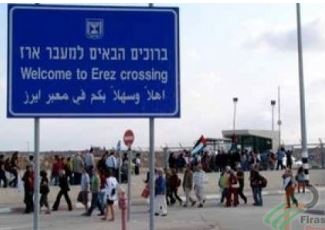 Israeli soldiers kidnapped, on Tuesday morning [August 27, 2013], a Palestinian social activist, head of the Palestinian Youth Association for Leadership and Rights Activation (PYALARA) after heading to the Erez Israeli terminal in an attempt to obtain a permit to head to the West Bank.Ala’ Moqbel, 30, was trying to go to the West Bank after being invited to participate in a workshop organized by the Palestinian Telecommunication Company.

PYALARA said it tried to contact him several times after he headed to the terminal, but was unable to get hold of him, especially since Israel forbids the Palestinians from using their phones at the terminal.

It added that Moqbel’s father, Hasan, phoned its office informing them that he received a phone call from the army at the terminal, informing him that is son has been arrested, and will be moved to the Al-Majdal Prison. The army provided no further information.

Ala’ started working for PYALARA, running its projects in the Gaza Strip, four years ago. He is married and a father of three, including an infant.

PYALARA stated it contacted the Red Cross and various international organizations urging them to locate Ala’, and to ensure his release.