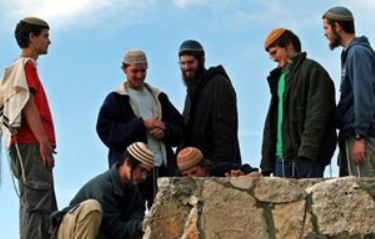 Palestinian medical sources have reported Thursday [August 29, 2013] that two resident have been injured in Qasra village, near the northern West Bank city of Nablus, after being attacked by a number of extremist Israeli settlers.The sources said that the two suffered cuts and bruises to various parts of their bodies, and received the needed medical treatment.

The two wounded residents have been identified as Mohammad Shihada and Mahmoud Awwad.

Ghassan Daghlas, Palestinian official in charge of Israeli Settlements File in the northern part of the West Bank, stated that the settlers came from the illegal outpost of “Yesh Kodish”, adjacent to Qasra.

Daghlas added that the settlers also stole a tractor owned by a villager of Qasra, the Maan News Agency has reported.