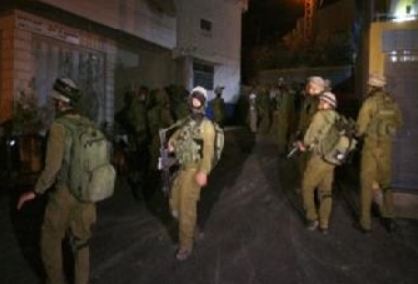 The police chased them all the way, until they managed to arrest them near Nablus, according an Israeli Police spokesperson.

The spokesperson also claimed that the army and police arrested a Palestinian from Nablus after stopping his car, and alleged that he was acting as a lookout for the two.

In other news, local sources in occupied Jerusalem have reported that an Israeli extremist attempted to stab a Palestinian worshiper heading to the Al-Aqsa Mosque to dawn prayers.

One of the local guards of the Al-Aqsa Mosque said that the settler was yielding a knife when he tried to stab the Palestinian man, but other worshiper noticed him and prevented the attack.

The Israeli Police arrived at the scene, and kidnapped the assailant before moving him to an interrogation facility.