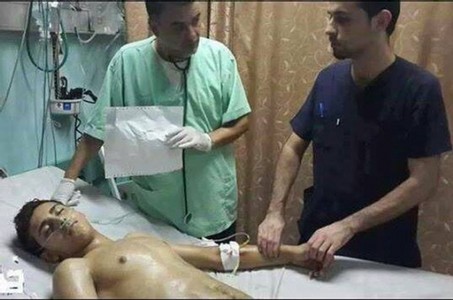 Palestinian medical sources have reported that a Palestinian teenager died on Saturday [September 1 2013] of wounds suffered on August 31, 2013 after dozens of soldiers invaded the Jenin refugee camp, in the northern West Bank city of Jenin.The sources said that Karim Sobhi Abu Sbeih, 17, was seriously injured in his abdomen after an Israeli soldier fired a Dumdum bullet at him during an invasion into the Jenin refugee camp.

The three slain residents have been identified as Jamal Jahjouh, 22, Rubin Ziad, 32, and Jihad Aslan, 19.

A Dumdum bullet, also called an expanding bullet, is designed to expand on impact, thus increasing the damage to the body.