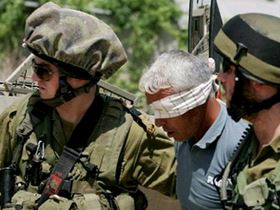 The Ahrar Center for Detainees Studies and Human Rights has published its monthly report on Israeli violations in the occupied territories revealing that six Palestinians have been killed by Israeli military fire in August, while more the 250 Palestinians were kidnapped.Ahrar said that the Israeli army in the West Bank killed five of the slain Palestinians, while the sixth was killed in Gaza.

It said that Majd Lahlouh, 21, was sot and killed by Israeli army fire after dozens of soldiers invaded the Jenin refugee camp, in Jenin district, on August 20.

On August 11, soldiers shot and killed Hussein Abdul-Hady Awadallah, 30, from the An-Nusseirat refugee camp, in central Gaza, while on August 31 a resident identified as Karim Abu Sbeih died of serious wounds suffered during an earlier Israeli military invasion into the refugee camp.

Ahrar stated that the Israeli military escalation in August brought the number of Palestinians killed since the beginning of the year to 20, including 15 who were killed in the West Bank.

Hundreds of injuries have been reported since the beginning of the year, including dozens who have been shot and injured during the Israeli invasion into Qalandia.

The center also said that it managed to document 250 arrests carried out by the army in the occupied territories; five of them in Gaza while 245 have been kidnapped in the West Bank.

It said that most of the arrests were in Hebron as the army kidnapped 55 Palestinians in August; 45 were kidnapped in occupied Jerusalem, 40 in Nablus, 35 in Ramallah, 25 in Bethlehem, 20 in Jenin, 10 in Qalqilia, 10 in Tulkarem and five in Nablus.

Ten of the kidnapped Palestinians in the West Bank were taken prisoner by the army at a number of Israeli military roadblocks.

Two more Palestinians, identified as Obeida Azzam, 27, and Nour Shalaby, 15, were kidnapped at the Al-Karama Crossing between the West Bank and Jordan.

Fuad Al-Khoffash, head of the Ahrar Center, said that Israeli soldiers continued their violations against local journalists in the West Bank, and kidnapped two of them.

The kidnapped journalists have been identified as Mohammad Shokry Awad, 26, from Bodrus near Ramallah, and Mohammad Mona, 31, from Nablus.

Al-Khoffash said that the number of arrests provided in this report could be less than the actual number due to the fact the some arrests have not been reported.