Israel Prepared A Plan For 3800 Units In West Bank Settlements 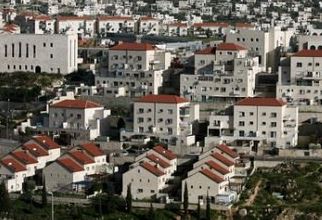 The National Center for Studies and Documentation, run by the Palestinian Liberation Organization (PLO), issued a study revealing that Israel prepared a plan for constructing 3800 units for Jewish settlers in the occupied West Bank, and in occupied East Jerusalem.The center said that the month of August witnessed a serious escalation in Israel’s illegal settlement activities in the occupied territories.

It added that Israel licensed 63 new constructions in Jerusalem, and issued bids for the construction of 1200 in the occupied city.

Israel also approved the construction of 230 units in Maon settlement, east of Yatta, in the southern West Bank city of Hebron.