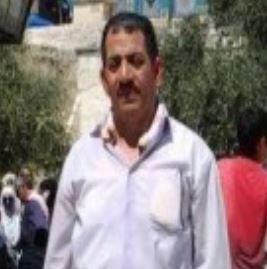 The Ahrar Center for Detainees Studies and Human Rights stated that Israeli soldiers kidnapped Sami Hussein, 44, from the central West Bank city of Ramallah, as he was heading to the Al-Quds University in Abu Dis, east of Jerusalem.Fuad Al-Khoffash, head of the Ahrar Center, stated that the army kidnaps Hussein every single year, and places him under arbitrary Administrative Detention without charges or trial.

Hussein, a married father of three, spent more than 23 years in Israeli prisons as he was frequently kidnapped and imprisoned.

He was first imprisoned for four years, and then after he was released, he was kidnapped again and was imprisoned for 15 years, then starting in 2005 until this day, Israel has been frequently kidnapping and imprisoning him under Administrative Detention.

Al-Khoffash voiced an appeal to human rights groups to act on ending the Israeli violations against the Palestinians, adding that Israel frequently rearrests and imprisons former political prisoners for extended period without charges.