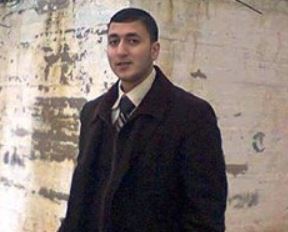 In an illegal move, a senior commander of the Israeli military in the occupied West Bank issued an order forcing a Palestinian man out of the West Bank for six months. The young man, from Be’er As-Sabe’ (Beersheba) is a student of the Hebron University.The Maan News Agency has reported that Samer Mohammad Al-Jo’ba, 21, was first ordered to head to the Etzion military base, and after arriving there, an Israeli officer handed him a written order forcing him out of the West Bank.

The order states that Al-Jo’ba only has 12 hours to leave the West Bank, or else, he will be arrested, and imprisoned for five years.

Al-Jo’ba told Maan that he will be heading to Be’er As-Sabe’, since he holds Israeli citizenship, and that he rejects this illegitimate order, and will counter it using legal means.

Al-Jo’ba is a fourth year student at the Hebron University studying Islamic Fiqh and Sharia.