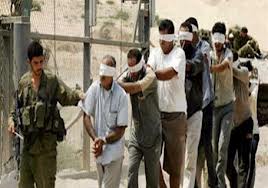 Palestinian Minister of Detainees, Issa Qaraqe’, stated that the second phase of releasing political prisoners, held by Israel since before the first Oslo Agreement of 1993, will be conducted on November 29, then a third phase on December 29, and the fourth on March 28 2014. 26 detainees were released last month. The release is part of an agreement with the Palestinian Authority in the West Bank, allegedly to facilitate the resumption of direct peace talks between Israel and the Palestinians.

Qaraqe’ said that the release of veteran detainees is not connected to the development in peace talks, and that the freed detainees will not be forced into exile.

He added that he met with Chief Palestinian Negotiator, Dr. Saeb Erekat, in his office in the central West Bank city of Ramallah, and that the head of the Palestinian Prisoners Society (PPS), Qaddoura Fares, attended the meeting, and handed Erekat a detailed strategy regarding the release of the detainees, and the means to improve their lives.

Qaraqe said that this vision is based on a timeframe, and a clear agenda that aims at freeing all detainees held by Israel, without any exception, including the release of political leaders such as Marwan Barghouthi of Fateh movement, Ahmad Saadat, Secretary General of the Popular Front for the Liberation of Palestine (PFLP), all detained women, children, and Administrative Detainees.

He further stated that Israel must be obliged to stop all of its arrest campaigns while peace talks are being carried out, and added that all of this depends on how serious Israel is regarding true and effective peace talks based on the legitimate and inalienable rights of the Palestinian people.

The Minister said that Israel needs to stop all of its violations and assaults against the Palestinian people, and end it violations and abuse of political prisoners who are facing dire conditions and deprived of their basic, internationally guaranteed rights.