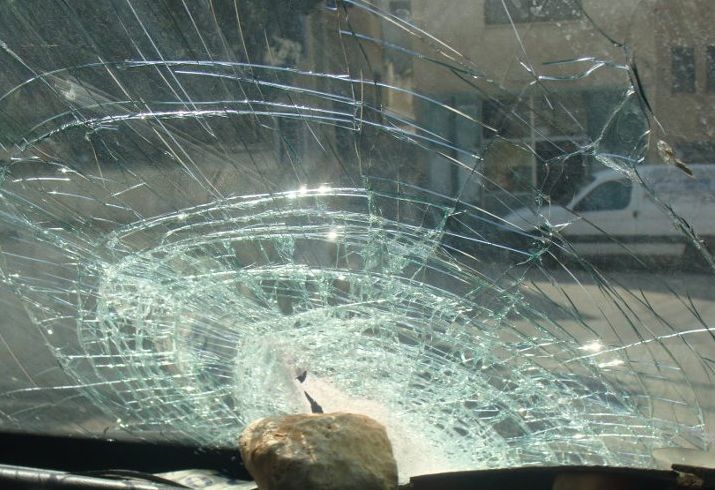 Wednesday evening [September 11, 2013] Israeli sources have reported that two settler women were mildly injured after a number of Palestinian youths threw stones at their car, near Beit Ummar town, north of the southern West Bank city of Hebron.The sources said that the two women were moved to the Hadassah Israeli hospital in Jerusalem, suffering minor injuries.

The army initiated a search campaign, and invaded several Palestinian homes in the area.

Hebron has been subject to extensive Israeli military assaults that led to dozens of arrests and injuries, especially in the Al-Arroub refugee camp, leading to further tension in the area.

Eyewitnesses said that the guards tried to talk to her and search her bag, and when she spoke back, she could not speak Arabic well, the Arabs48 news website has reported.

Israeli Policemen then arrived at the scene, and one of the guards of the mosque asked to see her identity card.

After he ID revealed her identity, she claimed that she “was Jewish but converted to Islam”, but when asked to read any verse of the Quran, or show anything that can prove her claim, she failed to do so.

Israeli Police officers searched her bag, and found a Torah; the officers then took her to a police station in Jerusalem for interrogation in an attempt to reveal why she attempted to enter the mosque pretending to be an Arab, Muslim woman.