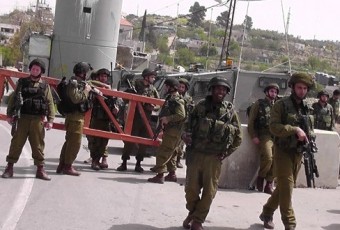 The sources added that only humanitarian cases will be allowed through roadblocks and terminals, should they get the approval of the Civil Administration Office, run by the military in the occupied West Bank.

Furthermore, the Israeli Police close all roads around the Old City of Jerusalem as thousands of Jews went to pray at the Al-Boraq Wall, referred to as the Western Wall.

In other news, dozens of soldiers invaded, on Friday at dawn, the northern West Bank city of Nablus, and several nearby villages and towns, including the Balata refugee camp, broke into dozens of homes and searched them.

Eyewitnesses said that the soldiers kidnapped two residents and took them to an unknown destination; soldiers withdrew from the areas during early morning hours.