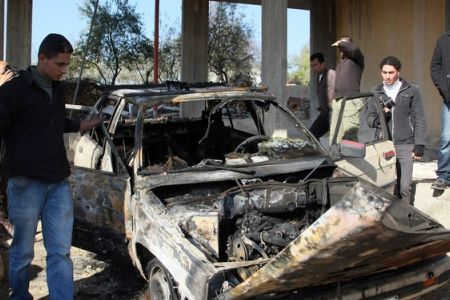 Sunday at dawn [September 15, 2013] A number of extremist Israeli settlers burnt an under construction Palestinian home south of the northern West Bank city of Nablus.Ghassan Daghlas, in charge of Israeli Settlements File at the Palestinian Authority in the northern part of the occupied West Bank, has reported that a group of settlers infiltrated into Madama village, near Nablus, and burnt the property.

Extremist settler groups are responsible for dozens of attacks targeting Palestinian orchards, cars, property and homes, and even torched and defaced several mosques and churches, in addition to defacing both Islamic and Christian graveyards.