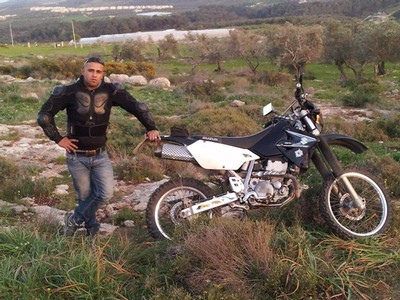 [Tuesday September 17, 2013] Palestinian medical sources have reported that a Palestinian youth was shot and killed by Israeli soldiers invading his home in the Jenin refugee camp, in the northern West Bank city of Jenin. Dozens of residents have been injured during ensuing clashes, and one was kidnapped.The Maan News Agency has reported that a large Israeli military force invaded that camp, during late night hours, and that the soldiers broke into and violently searched dozens of homes.

The invasion led to clashes with local youths who hurled stones and empty bottles at the invading forces.

Medical sources said that resident Islam Husam Toubasy, 19, was shot by rounds of live ammunition fired at him by the invasion soldiers who broke into his home after detonating its door.

His family told Maan that, immediately after invading their property, the soldiers headed to the rooftop where Islam sleeps in his room, and shot him in the foot before dragging him onto the ground, taking him out of his home while he was heavily bleeding.

His brother, Kamal, stated that after the soldiers shot and injured Islam, and dragged him out of the home, undercover soldiers of the Israeli army shot him again, the Palestinian News & Info Agency (WAFA) has reported.

The army then moved him to the Al Khodeira hospital, inside the 1948 territories, where he died due to the massive bleeding he suffered as a result of his injury.

The family said that the soldiers forced them in one room, and that they saw Islam bleeding and unconscious before the soldiers took him away. The soldiers did not allow the family to help their son.

Army then withdrew from the camp, but re-invaded it, and the city of Jenin, in the morning, leading to clashes with dozens of local youths.

Eyewitnesses said that at least twenty armored Israeli military vehicles, and a military ambulance, invaded the area, leading to clashes with dozens of students heading to their school.

The soldiers fired more rounds of live ammunition, gas bombs and concussion grenades at the residents leading to several injuries.

One of the wounded, Nael Ghazzawy, 13, was shot by a live round in his leg while standing at the balcony of his home.

Soldiers also kidnapped a resident identified as Mohammad Bassam Al-Fayed, 21, and took him to an unknown destination.

It is worth mentioning that, in 2006, undercover soldiers of the Israeli army, shot and killed Ahmad, the brother of Islam, and demolished his home. Their brother Sa’id, is a political prisoner held by Israel after being sentenced to 32 years imprisonment by a military court.

On Monday, Israeli soldiers kidnapped at least fifteen Palestinians, including a legislator, in different parts of the occupied West Bank.

The invasions are part of daily violations carried out by the army against the Palestinians and their property in different parts of occupied Palestine.