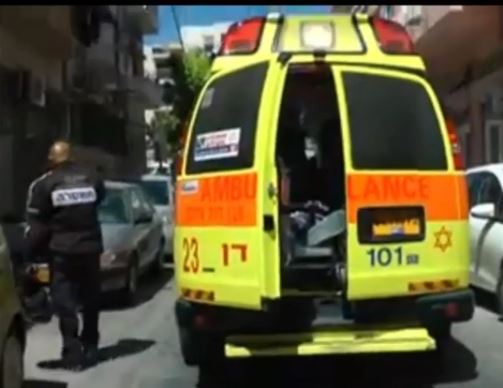 A Palestinian worker working for an Israeli contractor, without work permit, was seriously injured at a renovation site in Tel Aviv, and instead for calling for professional medical help, the Israeli contractor dragged him onto the ground and left him to die on the sidewalk.Israeli daily, Haaretz, has reported that the Palestinian man, identified as Ehsan Abu Srour, 54, from the Askar refugee camp, in the northern West Bank city of Nablus, suffered serious injuries and was abandoned by the contractor, who did not even try to resuscitate him or call for help.

Haaretz said that the man died on the sidewalk in an area south of Tel Aviv, and that a passerby found his body in the morning. The body was then moved to Ichilov Hospital in the city.

The deceased, was left without any help until a teacher, identified as Nicolas Cascallar, tried to resuscitate him after he noticed that he was alive but in a very serious condition. He told Haaretz that liquids were coming out of the mouth of the Palestinian worker.

Talking to Haaretz, several eyewitnesses said that they saw the contractor arriving at the construction site, and that after he saw that the man was seriously injured, he and two other workers, dragged him to the sidewalk where they left him for dead.

Another witness said that he shouted at the contractor and the workers after they threw the seriously injured man onto the sidewalk, and that he even saw the injured worker in the construction site just a few minutes before he was injured.

He also said that anther witnesses even suggested calling for an ambulance, tried to give them their phones to call 911, but the contractor just locked the apartment and told his workers to run away.

Haaretz added that a Palestinian worker, identified as Hussam Faraji, told their reporter that he has been working for the Israeli contractor for a long time, and has been working that site for about a week.

He said that it seems that the worker was working with a hammer, and apparently something fell on him causing serious injuries, and that he witnessed the contractor and two other workers carrying the worker by the hands and feet before they threw him onto the opposite side.

The worker told Haaretz that he confronted the contractor, telling him that he should call for an ambulance, try to save the man, “instead of just throwing him like a dog, but he locked the site and escaped”.

Talking to Haaretz, the Israeli contractor denied the “allegation” and said that he gave testimony to the Police in which he said that “he tried to resuscitate the man for about an hour”, and that he has no connection to the apartment where the accident happened.

However, Faraji said that the man has been working for the contractor for over a week.

The contractor initially denied knowing the man, but later said the worker came to the site only to offer a price estimate.