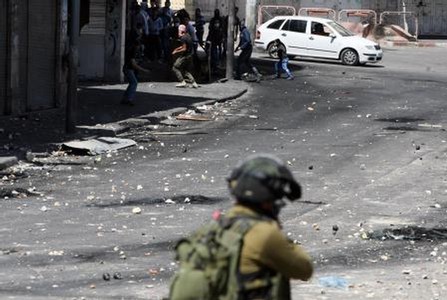 Regular army units then invaded the village and clashed with local youths who hurled stones and empty bottles at them.

The army fired gas bombs, and rubber-coated metal bullets; dozens of residents have been treated for the effect of teargas inhalation.

In related news, dozens of soldiers invaded the Shallala Street, in the center of the southern West Bank city of Hebron, and clashed with local youths.