Netanyahu Orders Court To Allow Settlers Back Into Hebron Home 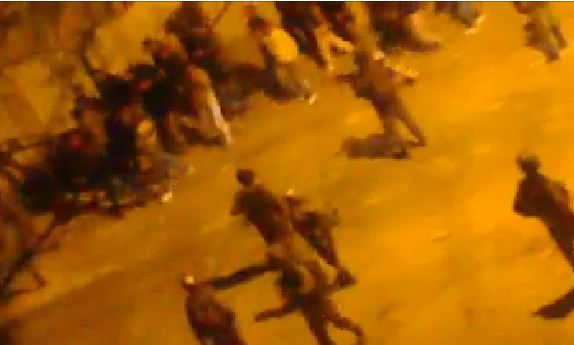 Following the deadly shooting of an Israeli soldier in Hebron city, in the southern part of the occupied West Bank, Israeli Prime Minister, Benjamin Netanyahu, vowed to boost settlement activities, and ordered the Civil Administration, to take all needed measures to allow the return of Israeli settlers into Palestinian home they previously occupied in Hebron.The Israeli Civil Administration Office is run by the Israeli military in the occupied West Bank.

Back in April of 2012, a group of settlers was removed from the home, near the Ibrahimi Mosque in Hebron. They allegedly purchased the property but the purchase was deemed invalid, especially since such deals must be first approved a commander of the Israeli occupation army.

The settlers were removed after the then-Israeli Defense Minister, Ehud Barak, issued an order in this regard following a court ruling.

The decision to allow the settlers to return to the property was made on Sunday at night; Netanyahu said that the settlers “must be allowed into the home without any delay”.

After being removed from the property, the settlers filed several court appeals, demanding a recognition of the alleged transaction, while Israeli Defense Minister, Moshe Ya’alon, also vowed to do whatever he can to authorize their “return to the home”.

Netanyahu made his decision hours after a Palestinian sniper shot and killed an Israeli soldier in Hebron, following ongoing tension that led to clashes between the soldiers and dozens of local youths who hurled stones at them.

It is also related to the death of an Israeli soldier who was killed two days ago in the Qalqilia district, in the northern part of the occupied West Bank.

“Anyone who attempts to remove us from Hebron, from the city of our patriarchs, will just achieve the exact opposite”, Netanyahu said according to Israeli daily Haaretz, “We will boost our settlement activities”.

Netanyahu said that the “return” of the settlers to the Hebron home would still have to go through legal means”; yet, he ordered all related government facilities, to do whatever they can to ensure their fast return.

His decision comes despite the fact than an appeals committee, looking into the purchase did not recognize the documents presented by the settlers, but criticized the way this purchase was denied.

Haaretz added that, should the process be finalized, Netanyahu and his Defense Minister could sign off the deal, and authorize the settlers back.

In related news, Israeli Economics Minister, Neftali Bennet, demanded Netanyahu to stop the release of Palestinian political prisoners, as part of peace talks with the Palestinians, and said that the Palestinians “must be punished for the killing of the two Israeli soldiers.”

Bennet, of the Jewish Home Party, who also serves at the Ministerial Council, said that “the release of Palestinian prisoners is based on progress of talks, and our duty should be a war on murderers…” according to the official.

Israel’s Transportation Minister, Yisrael Katz, said that he previously voted against the release of any detainee, and that the release of what he called “terrorists” encourages others to attack Israel.

Following the fatal shooting of the Israeli soldier in Hebron, the army initiated a large campaign, broke into and searched hundreds of homes, close to the Ibrahimi Mosque area where the soldier was shot.

Hundreds of Palestinians were kidnapped, and where rounded up in the southern area of the occupied city of Hebron.

The soldiers also occupied rooftops of several homes, using them as monitoring towers, while the army operated in the area.

The military declared Hebron a closed military zone, preventing the Palestinians from entering or leaving it.

The army carried out 49 invasions into Palestinian communities, and kidnapped at least 41, including 9 children.

Two Palestinians have been killed, dozens have been injured, and hundreds were detained, by Israeli forces since the beginning of the month.