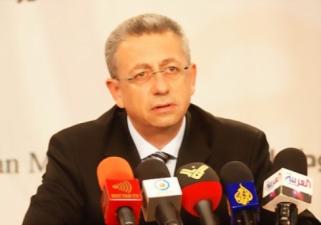 Palestinian Legislator, Secretary-General of the Palestinian National Initiative, Dr. Mustafa Barghouthi, stated that the Oslo peace agreement is a big failure, and that Israel is the only party the benefits from this treaty.Marking the twentieth anniversary of signing the first Oslo peace agreement between Israel and the Palestinian Liberation Organization (PLO), Dr. Barghouthi said that agreement was transitional and partial, and did not carry any characteristics of the main goal of peace talks.

“This allowed Israel implement a system of apartheid, by significantly escalating its settlement activities, and the theft of Palestinian lands, Israel is using the peace deal as a cover-up for its violations”, the Palestinian official added.

He also said that some of the failure aspects of this agreement is that it failed to include the release of all Palestinians held by Israel, and issue that kept all detainees, who were held before Oslo, behind bars for additional twenty years.

“The agreement was signed without any commitments from Israel to stop its settlement activities”, Dr. Barghouthi stated, “This is why former chief negotiator, Dr. Haider Abdul-Shafi, and many others, quits talks; the number of Israeli settlers increased from 160.000 by the time Oslo was signed, to 650.000”.

Dr. Barghouthi said that the Oslo Agreement was not signed between two equal partners, forcing the Palestinian Liberation Organization (PLO) to recognize Israel as a state, while Tel Aviv only recognized the PLO as the representative of the Palestinian People without recognize the Palestinian right to a state in the 1967 border.

“Those serious mistakes led to disastrous consequences allowing Israel to divide the occupied territories into areas A, B and C, giving it the change to build and expand settlements, and the Apartheid Wall”, he said, “The wall was build 25 Kilometers deep into the West Bank, isolating and confiscating large areas of lands and orchards, and isolated Jerusalem from its surrounding Arab areas”.

Furthermore, the official said that Oslo divided the Palestinian people, and their national movements, in addition to causing dividing the refugees in exile, and weakening the role of the PLO by transforming it into a government instead of a liberation movement.

He also accused Israel of only implementing what is good for the state, and of obliging the Palestinians to remain committed to the agreements and all agreements that following, including the Paris Economic Agreement.

“All issues of this conflicts were supposed to be resolved by 1999 through a final status agreement”, Dr. Barghouthi said, “But what happened is that Israel transformed the temporary agreement into a permanent one, and enforced its social, political and economic apartheid policies on the Palestinians.

He said that the Palestinian leadership should adopt a new policy by increasing national resistance activities, by boycotting Israel, by working on the international level to boycott all Israeli products, and different institutions.

“The Palestinians must end all internal divisions, form a unified leadership that can place economic strategies that support the people, counter increasing living costs”, the official said, “we need a compressive unity between all Palestinians in Palestine and in exile”.