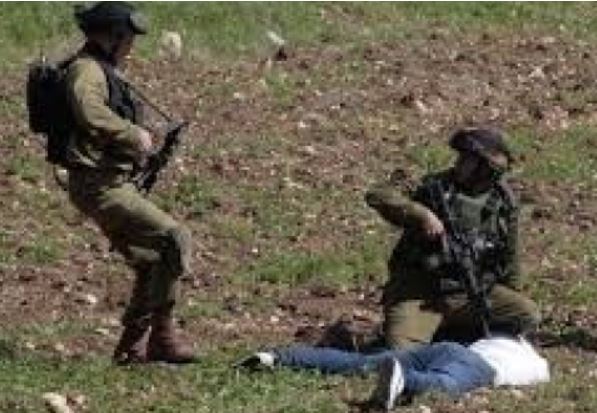 Wednesday evening [September 25, 2013] Israeli soldiers detained, for several hours, four Palestinian children in the Al-Khader town, south of Bethlehem, and violently beat them before handing them back to the Palestinians.Ahmad Salah, Coordinator of the Popular Committee against the Wall and Settlements in Al-Khader, told the Radio Bethlehem 2000 that the soldiers detained the four children for several hours in the Nashash area, at the southern entrance of Al-Khader.

The four children have been identified as Hussein Shady Salah, 8, Ahmad Wa’el Salah, 9, in addition to Mo’tasem Mustafa Al-Masry and his brother Hamza.

He added that the children were violently beaten and kicked before the soldiers moved them to the District Coordination Office (DCO), west of Beit Jala city, and handed them to the Palestinian DCO.

In related news, two Palestinians have been injured by rounds of live ammunition fired by the army at Palestinians at the entrance of the Al-Jalazonerefugee camp, north of the central West Bank city of Ramallah.

The two have been identified as Mohammad Yousef Zomra, 24, and Mohammad Adnan, 21.

Medical sources said that dozens of residents have also been treated for the effects of teargas inhalation.