Lapid: “Jerusalem Not On The Table” 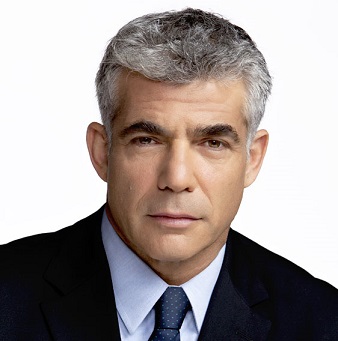 [November 5, 2013] Israeli Finance Minister, head of the Yesh Atid “There is Future” Party Yair Lapid stated that the future of Jerusalem is not a subject for discussion in Israeli Palestinian negotiations, and that Jerusalem will always “remain the united capital of Israel’.His statements came during an interview with Israeli Radio Channel 2 (Reshet Bet).

Lapid said that Jerusalem is the “significant soul of the state of Israel’, will never be divided, and that “the Palestinians need to understand they cannot achieve all of their demands”.

His statements came after some media reports indicated Tuesday that direct Israeli-Palestinian talks also include the future of occupied Jerusalem.

The Finance Minister alleged he believes in a two-state solution, and that Israel “will pay a high price” by withdrawing from certain territories, dividing lands and eventually removing some settlements in the occupied territories.

He added that any decision concerning a withdrawal or removing some settlements would lead Israel into a new election, or at least a public referendum.

Israel’s occupation of Palestine, its settlements and its apartheid wall, are illegal under International Law and the Fourth Geneva Convention to which Israel is a signatory.