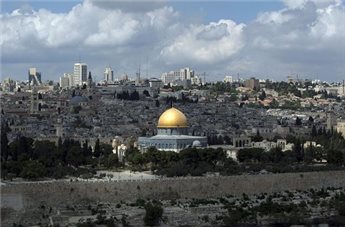 [Tuesday November 5, 2013] Israeli sources have reported that a direct Israeli-Palestinian negotiation session, held on Tuesday, ended with crisis due to sharp differences between the stance of Israeli and Palestinian negotiators.Israeli sources said that the schedule for direct talks never changed despite the visit of Israeli Foreign Minister John Kerry, and claimed that the Palestinians are trying to create a crisis by repeatedly threatening to quit talks.

The Israeli Walla News said that Palestinian President Mahmoud Abbas, and a number of senior Palestinian officials, including negotiators, have been threatening to quit direct talks “to coerce Israel into making concessions”.

Walla quoted an Israeli source alleging “the Palestinians agreed to the release of veteran Palestinian detainees in exchange for not objecting to Israel’s settlement building activities, and found themselves unable to break this agreement after three months of talks”.

The Palestinian Authority denied the reports, and said that Israel’s settlement are illegal under International Law, and that the release of the detainees is part of political moves to ensure a positive atmosphere for continuing direct peace talks.

It is worth mentioning that Israeli Finance Minister head of the Yesh Atid Party Yair Lapid, said Israel will never withdraw from occupied East Jerusalem, and that the city will always remain united as the capital of the Jewish State.

Lapid added that the Palestinian must understand this fact, and must realize they cannot achieve all of their demands.

East Jerusalem is internationally recognized as an occupied city, therefore Israel’s presence in the city and its settlements are illegal. Jerusalem is one of the core issues that could, yet again, topple the political process.

Tel Aviv alleges it is seeking comprehensive peace with the Palestinians, and that the talks are held without preconditions.

Nevertheless, it is ongoing with its violations, invasions, attacks, and its construction and expansion of illegitimate Jewish settlements in the occupied territories in direct violation of the Fourth Geneva Convention to which Tel Aviv is a signatory.