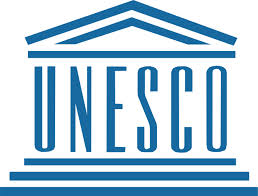 The United Nations Educational, Scientific and Cultural Organization (UNESCO) has decided to suspend the voting rights of the U.S. and Israel after the two nations refused to provide a justification for their failure to pay dues.The US and Israel have withheld their dues since a UNESCO vote to recognize the state of Palestine two years ago, and granting the Palestinian Authority full UNESCO membership.

The suspension of coting rights is automatically triggered by UN policies after a country has failed to pay dues for an extended period of time, and has refused to set up a payment program for past dues.

UNESCO has suffered from the refusal of the U.S. to pay its dues – previously, U.S. dues had supplied 22% of the U.N. Agency’s funding. The loss of U.S. funding will soon lead to large-scale job cuts at the Agency, with up to 300 of the 1200 member staff losing their jobs as a result.

When UNESCO held a vote in 2011 on whether to allow the Palestinian Authority to have voting rights, the measure was overwhelmingly approved, despite large-scale U.S. pressure and opposition.

Following that vote, the U.S. cut all funding to the U.N. Agency, in order to comply with a U.S. law passed by the Congress that refuses funding to any organization that recognizes a Palestinian state.

UNESCO’s Director has tried to make up the $240 million shortfall caused by U.S. non-payment of dues by seeking funding from other sources. But that has only resulted in about $75 million being raised.