Meretz Head Calls On Netanyahu Not To Appoint Lieberman As FM 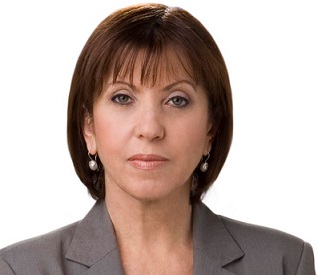 Chairwoman of the Meretz Israeli Party Zahava Gal-On called on Israeli Prime Minister Benjamin Netanyahu to refrain from appointing Avigdor Lieberman as Foreign Minister due to his extreme views that isolated Israel.Gal-On said Lieberman turned Israel into an isolated country, and that appointing him as FM will cause further harm to Israel’s already fragile relations with its allies.

She added that Lieberman would also act on sabotaging peace talks with the Palestinians and by putting him back on the Foreign Minister’s seat, Tel would be sending a message that it is not interested in a political solution to the conflict.

Lieberman, a settler himself, is the head of the Israel Our Home Party (Yisrael Beytenu) extreme right-wing party, and is known for his extreme statements against the Palestinians.

Last Wednesday, an Israeli Court acquitted Lieberman of charges of corruption, an issue that allowed his return to Israeli politics.

He was charged with a number of charges, including breach of trust, especially for improperly appointing an Israeli former diplomat as an ambassador to Latvia. He also was previously acquitted of money laundering charges.

After immigrating to the country, and after being elected as a Member of Knesset for the first time in 1999, Lieberman founded the Yisrael Beiteino party.

He is one of the strong advocate of increasing Israel’s construction and expansion activities in Jewish settlements in the occupied West Bank, in and around occupied East Jerusalem.