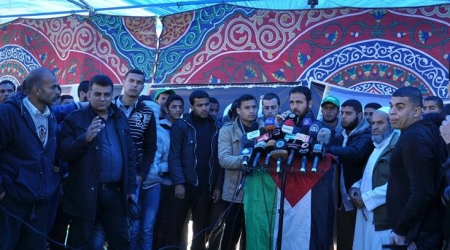 Following Friday prayer, spokesman for the committee, Hammad al-Raqb, said in a press conference that the siege on Gaza has affected all walks of life.

He called on the free world to come, in delegations from seaports, to break the siege which has entered its eight year.

Raqb thanked the official position of Turkey, demanding for a complete lift of the siege of Gaza, as well as Qatar, for its tangible efforts which contributed to relieving the effects of the siege.

He urged the Arab League to implement its resolutions, endorsed in 2006, regarding the need to lift the Gaza siege.

Gaza has been under extreme economic blockade since 2007.