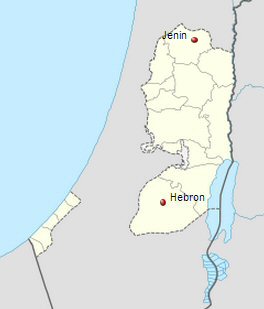 They raided a high school, assaulted its principal, Bader Zaid, along with some teachers, for attempting to prevent the soldiers from entering the classes.

Zaid said that the soldiers chanted foul insults against the teachers and the students over the schools loudspeakers and broke the device, afterwards.

Forces also raided a house in the town, sabotaging its contents, but no arrests were reported.

In related news, WAFA reports that Israeli army forces, on Sunday, ordered the cease of construction work on a kindergarten facility in the village of Tawani, to the south of Hebron, according to the Popular Committee Coordinator in Yatta, Rateb al-Jabour.

Al-Jabour stated that the army prevented workers from proceeding with the rehabilitation work on the kindergarten, detaining the workers for hours without giving a specific reason, and despite the fact that the organizational chart of the village allows the construction of similar facilities.

He condemned these Israeli practices, whether by soldiers or settlers, against the village and the developmental projects related to education and childhood.