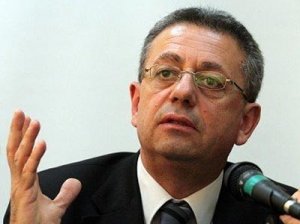 Palestinian Legislator Dr. Mustafa Barghouthi welcomed the decision of the YMCA and YWCA, in Norway, to join the international BDS [Boycott, Divestment and Sanctions) and boycott Israel for its ongoing illegitimate occupation and oppression.Dr. Barghouthi said that the YMCA and YWCA in Norway, with more than 30.000 members, has decided to boycott Israel, a move that is a slap to Israel and its apartheid policies against the Palestinian people.

“The decision was made to protest Israel’s illegitimate settlement activities and its ongoing violation of International Law and International Humanitarian Law”, he said.

Dr. Barghouthi said Maguire’s decision was motivated by the fact that the Israeli policies against the Palestinians and their lands are not different from the overthrown apartheid system in South Africa, and that she called on the International Community to have the courage to oppose Israel’s apartheid system.

He saluted Maguire and Stephen Hawking, world-renowned British physicist and author, for deciding to boycott Israel, and called on international groups and figures to do the same, and to declare a clear stance against the ongoing illegitimate Israeli polices of apartheid and crimes against the Palestinian people.

“The decision is a victory to the Palestinian nonviolent resistance, a victory to BDS movement”, Dr. Barghouthi added. “International groups, institutions, and individuals must take similar actions, and boycott Israel”.