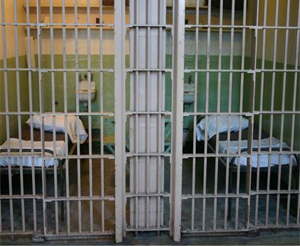 The Prison Administration at the Negev Detention Camp, in the Negev Desert of occupied Palestine, moved detainee Majed Taha Qaraqe’, age 40, to the Soroka medical center after suffering serious complications.The detainee is suffering from infections in his ears, causing sharp headaches and the inability to walk or stand.

Qaraqe’, from the West Bank city of Bethlehem, was taken prisoner 13 years ago; he is a married father of two children.

He was repeatedly kidnapped and imprisoned by the army, in 1991 and 1992, and was kidnapped and held under arbitrary Administrative Detention without charges from 1993 to 1998.

In 2002, the army kidnapped him again, and a military court sentenced him to 17 years imprisonment.

Qaraqe’ was a student of the Al-Quds Open University, studying Business Administration, when he was taken prisoner. He also obtained a diploma from the Arab Community College, in Jordan.