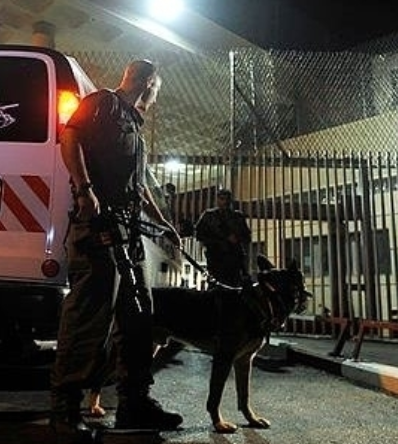 A request by a European Union official to visit Palestinian political prisoners, held by Israel, was denied by Israeli Foriegn Minister, Avigdor Lieberman, of the extreme right-wing “Israel Our Home” party.Israeli Yedioth Ahronoth has reported that the Chairman, Foreign Affairs Committee of the EU, Elmar Brok, contacted the Israel’s EU Ambassador asking him to set up a visit for an EU delegation to visit Palestinian detainees.

The request was denied by Lieberman, who said that Israel would only allow the visit to take place “if the EU would allow Israel to visit prisons in Europe”.

The report cited a source at the Israeli Foreign Ministry claiming the European request came in direct coordination with Palestinian and international activists.

In a study published earlier last month, head of the Census Department at the Palestinian Ministry of Detainees, Abdul-Nasser Ferwana, said that Israel is currently holding captive around 4,800 Palestinians in seventeen prisons, detention and interrogation centers.

Ferwana said that around 11,034 Palestinians, including 2,500 children, have been taken prisoner by the Israeli army, over the last three years, during ongoing Israeli military invasions and violations in occupied Palestine.

The official stated that the soldiers kidnapped and detained more than 10,000 Palestinian children since the beginning of the al-Aqsa Intifada, in late September 2000.

He added that 205 detainees have died since 1967. The causes of death range from excessive torture, during interrogation, to the lack of adequate medical treatment and the excessive use of force.

The latest casualty is detainee Hasan Toraby, 22, from the northern West Bank city of Nablus, who died of cancer at Al-‘Affoula Hospital, after Israel failed to provide him with the needed medical treatment, and only moved him to hospital after having a very serious deterioration in his health condition.

Dozens of Palestinians died shortly after their release from prison, due to health complications resulting from the lack and, in many cases, the absence of medical attention in Israeli prisons. Among them are detainees Morad Abu Sakout, Hayel Abu Zeid, Ashraf Abu Threi, Fayez Zeidat and Zakariyya Issa.