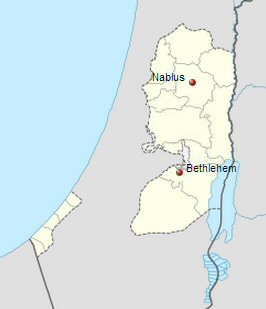 Israeli forces backed by bulldozers proceeded, Sunday, to level Palestinian-owned agricultural land in the village of al-Khader to the south of Bethlehem as a prelude to take it over, according to activist Ahmad Salah of the anti-settlements and wall committee.Salah said that the army razed agricultural land, in the area of al-Keshk, adjacent to Avrat settlement which is illegally built on the village’s land, where army forces previously set caravans on.

He added that the razing of land by Israeli army is for the benefit of expanding the settlement through seizing more lands.

In related news, WAFA reports that Israeli settlers attacked, on Sunday, a group of Palestinian farmers near the village of Burin, to the south of Nablus, according to Ghassan Daghlas, who monitors settlement activities in the northern West Bank.

Daghlas said that the settlers, under army protection, assaulted the farmers while they were working to open a road in the village, forcing the bulldozer to stop working on the site and leading to confrontations with the villagers. No injuries or abductions were reported.

Army forces also set up a flying checkpoint at the entrance to Burin, during the early morning hours, searching cars and checking identity cards.

According to Ma’an News Agency, Israeli forces erected temporary checkpoints at the entrance to the northern West Bank villages of Madama and Burin, south of Nablus, for the third consecutive day, on Sunday.