Abbas Refuses to Recognize Israel as a ‘Jewish’ State 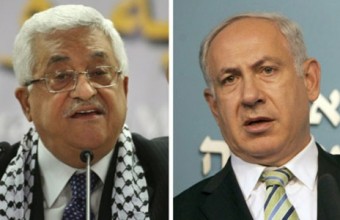 Palestinian President Mahmoud Abbas refuses to recognize Israel as a Jewish state, thereby rejecting the demands of Israeli Prime Minister Netanyahu. According to Abbas; ‘They are pressing and saying, ‘No peace without the Jewish state,” but the reply remains; ‘There is no way. We will not accept.’Backed by The Arab League, Abbas stands with renewed international support, heading into the coming peace talks in the following months. ‘The council of the Arab League confirms its support for the Palestinian leadership in its effort to end the Israeli occupation over Palestinian lands, and emphasizes its rejection of recognizing Israel as a ‘Jewish state’,’ Arab foreign ministers said in a statement in Cairo.

Furthermore, it was stated that the construction and expansion of Israeli settlements inside the 1967 territories is illegal according to international law, and it rejected all Israeli policies aimed at a Judaization of Jerusalem and attempts to alter the historical, cultural and religions character of the city, referring again to international law.

Israel took the West Bank, Gaza and east Jerusalem by means of war in 1967. Palestinians want this land for a future state, and want the soldiers and settlers (over 500,000) gone.

As Abbas expressed it last Monday: ‘In a final resolution, we would not see the presence of a single Israeli – civilian or soldier – on our lands,’ and added: ‘An international, multinational presence like in Sinai, Lebanon and Syria – we are with that.’

For details and further information, refer to the original article by the PNN, via link below.