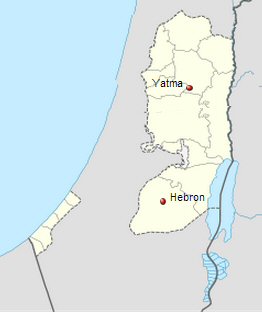 Occupation forces, on Tuesday, served residents with notifications that three privately-owned Palestinian houses, to the south of Nablus, are scheduled for demolition. In addition, two water wells near Hebron are also to be destroyed, according to activists.The Israeli army invaded the village of Yatma, to the south of Nablus, serving notices to three families in regard to the army’s intent to demolish their houses, said activist Ghassan Daghlas, who monitors settlement activities in the northern West Bank, according to a WAFA report.

Meanwhile in Hebron, anti-settlement activist Ra’ed Jubur said that a staff from the Israeli civil administration, backed by military forces, arrived in Kherbat al-Fakhit, to the south of Hebron, with notification for the demolition of two water wells, belonging to two local residents.

The wells are used for collecting rain water, for their daily supply.