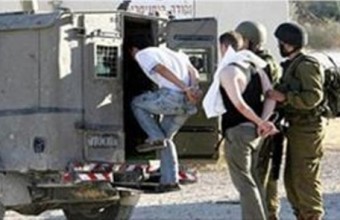 Earlier on Monday, an Israeli military unit responsible for demolishing houses in the Negev, known as ‘Yoav’, desecrated the Islamic cemetery in Al-Araqeb, the Land Research Center said in a press release.

According to the LRC, soldiers entered the cemetery under the pretext of taking pictures of the mosque and minaret. However, their real intention was (and still is) to wipe out Al Araqeb and displace its inhabitants, so that they can have control over the land. For that, they have been trying to erase every Arabic presence from the area.

People of Al-Araqeb tried to defy the members of the unit. The latter told them that: ‘You do not have any sanctuaries here, since all this land is ours.’

It should be noted that Al-Araqeb, which is located in the Palestinian Negev, was a target for Israeli house demolition operations more than 65 times! It is inhabited by 22 families consisting of around 130 people, more than half of whom are children.