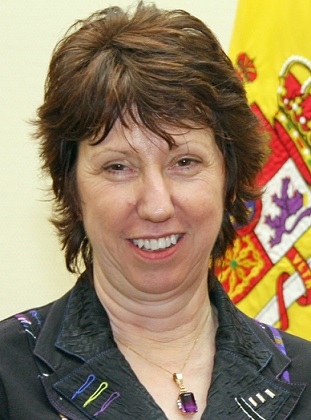 Catherine Ashton, Foreign Policy Chief of the European Union, stated Monday that she opposes boycotting Israel, yet, affirmed the EU opposes Israel construction and expansion of Jewish settlements in the occupied territories.Her statements came during a press release, following a meeting with the 28 European Foreign Ministers, in Brussels.

“The EU does not want the isolation of Israel and its companies”, she said. “We are trying to find a peaceful solution to the conflict”.

She added that the European Union supports all efforts of U.S. Secretary John Kerry in trying to reach a peace agreement between Israel and the Palestinians.