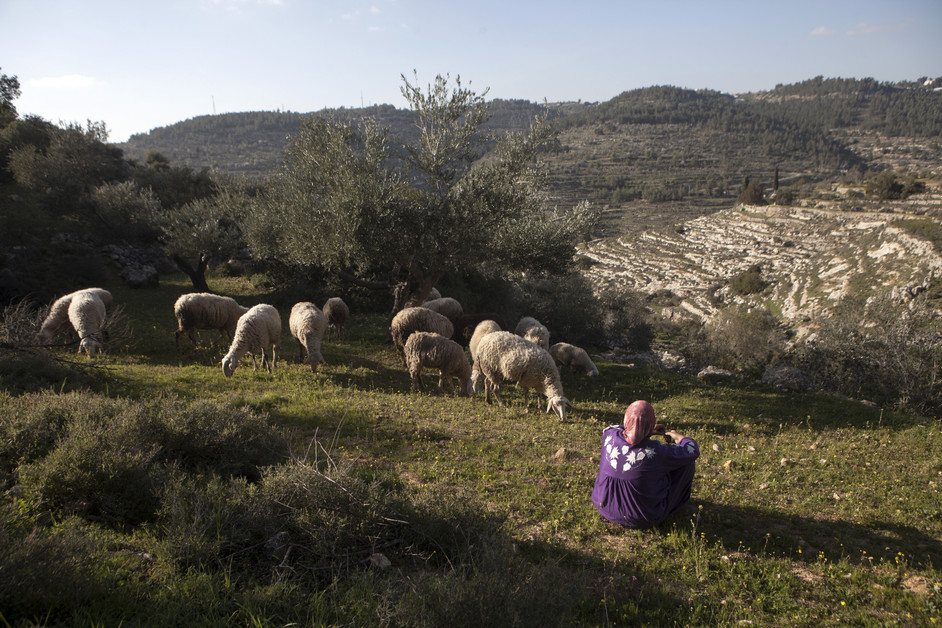 Sheerin al-Araj, a prominent Palestinian activist from al-Walaja described her village this way in her TedEx Ramallah talk in 2011:

Al-Walaja is a microcosm of Palestine. It’s a window into the Palestinian people’s suffering. It’s a glimpse into the Palestinian people’s resilience, the Palestinian nation’s resilience. For me it is one of the most beautiful places on earth and believe me I have been to many places…. Among this beauty, there is madness – madness that stems from the Israeli occupation that began back in 1948. In October that year, my entire village was forced out by Zionist militias and we scattered all over the world as refugees, mainly in refugee camps in Amman, [Jordan].Al-Walaja is a beautiful Palestinian village of around 2,000 people, located partly in the occupied West Bank’s Bethlehem governorate. It is well known for its water sources, its beautiful landscapes and agricultural terraces.

According to UNWRA, the UN agency for Palestine refugees, the village used to span more than 17,793 dunums (4,400 acres).

But, after more than six decades of continuous dispossession, it stands to be reduced to around 3,000 dunums through the completion of Israel’s separation wall in the West Bank – meaning a loss of around 85 percent of its agricultural lands and a painful share of its cultural heritage.

The original village of al-Walaja used to be located a few kilometers away in today’s Jerusalem district, with its vast agricultural lands reaching into today’s Bethlehem area and occupied East Jerusalem.

In 1948, when most of historic Palestine was ethnically cleansed by Zionist militias, the residents were forced to leave.

Some 75 percent of the village land, including its built-up area, was annexed to the newly declared State of Israel, from which the villagers have been barred ever since.

While most fled to refugee camps in the region, some residents settled in caves and mud houses on village lands that lay across the 1949 armistice line (“Green Line”) hoping to return. As this hope dwindled over time, they built permanent structures and created today’s al-Walaja.

In 1967, when Israel occupied the West Bank, including East Jerusalem, and the Gaza Strip, half of the new al-Walaja (2,095 dunums) was incorporated into Israel’s unilaterally expanded and annexed “Jerusalem municipality,” although residents of this area were not granted residency rights and subsequently faced decades of fines and house demolitions.

The construction of the wall, which began in 2007 in spite of an ongoing legal battle and protests, constitutes the latest chapter of the continuing history of dispossession of al-Walaja.

Once completed, it will encircle the built-up area of the village and annex most of the remaining agricultural lands to the ever-growing “Jerusalem municipality.” A single checkpoint will regulate access to the rest of the West Bank.

Continue reading at The Electronic Intifada, for exclusive photos and coverage, via link below.