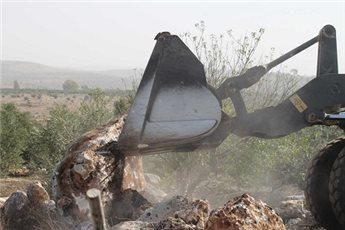 Israeli forces blocked off the area and declared it a closed military zone, preventing farmers from accessing their lands.

This action coincided with the arrival of the British consulate delegation which is due to visit the Susia area to look into the living conditions of Palestinians residing there, and the Israeli violations against them.