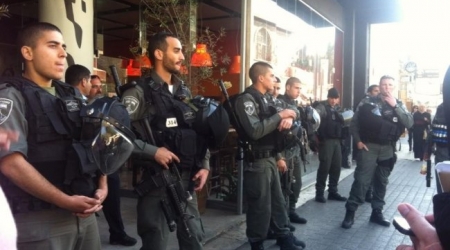 Israeli occupation police closed, Wednesday evening, the Yabous cultural centre in occupied Jerusalem, in order to prevent a press conference regarding civil services provided by the occupation.Local sources said that Israeli forces, accompanied by Israeli intelligence agents, raided the office at four o’clock in the afternoon, and served the centre with a summons ordering its closure, on Thursday, from 2 pm to 8 pm, Al Ray reports.

They explained that they closed the center in order to prevent it from holding a conference about the Israeli civil service by Palestinian institutions, claiming that it is a terrorist activity.