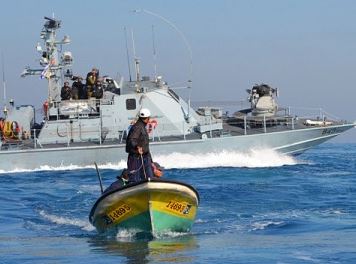 [Saturday Morning, March 29, 2014] Israeli navy boats opened fire on a number of Palestinian fishing boats in territorial waters. northwest of Gaza City; the attack caused damage but no injuries. The Palestinian News & Info Agency (WAFA) has reported that the boats were less than six miles away from the Gaza shore, and had to sail back to the shore, fearing additional assaults.

The attack is part of ongoing violations carried out by the Israeli Navy against the fishermen and their boats in Palestinian waters, even while docked at the shore.

On Wednesday, March 26, four fishermen were wounded after Israeli navy arsenal opened fire on their fishing boats near the Rafah shore, in the southern part of the Gaza Strip. The army also fired rounds of live ammunition at a number of homes.