UN: Over 220 Palestinians Injured in April 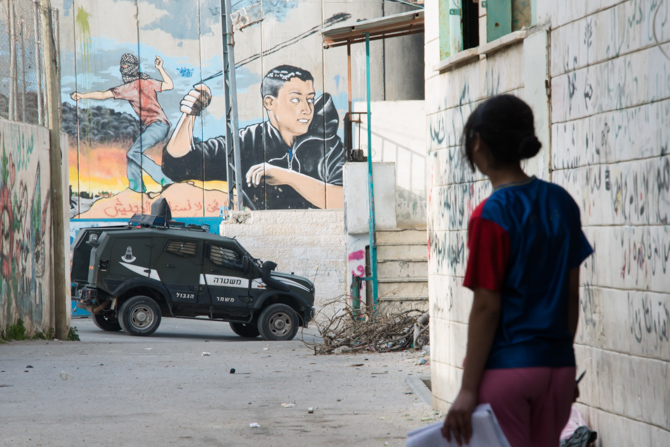 United Nations reports reveal that some 222 Palestinians were injured by Israeli military and police forces, during the month of April.Originally written by the Alternative Information Center, published 04 May 2014 .

Fourteen of the 222 were injured by live ammunition.

Six Palestinians were injured with live ammunition during clashes with Israeli forces, on 4 April, near the Beituniya checkpoint, where a demonstration in solidarity with Palestinian prisoners was held.

Between 8 and 14 April, The Aida refugee camp in Bethlehem witnessed violent clashes between residents and Israeli forces.

On 13 April Noha Katamish, a 44 year old Palestinian woman from the camp, died after suffering and being treated for tear gas inhalation two days earlier. The woman suffered from multiple ailments, including respiratory problems and asthma. During these clashes in Aida 42 Palestinians, including 20 children, were injured.

Editor’s note – regarding the temple, the Bible actually states: ‘I did not see a temple in the city, because the Lord God Almighty and the Lamb are its temple.’ ~Revelation 21:22

The most serious clashes in Jerusalem were recorded during such visits on 16 and 20 April.

Multiple other protests against this phenomenon, some of which evolved into confrontations with Israeli forces, were registered during the reporting period in other areas of East Jerusalem, as well as in adjacent towns such as Abu Dis and Al ‘Eizariya. Moreover, 36 Palestinians were reportedly detained in the context of these confrontations and clashes.

The United Nations reports that the other major locus of violence during the month of April was in the southern West Bank city of Hebron.

Large confrontations were reported on 16 and 17 April in the Bab Az Zawiya area of the city, during demonstrations commemorating the 1988 anniversary of Israel’s assassination of Fatah leader Khalil al-Wazir (Abu Jihad) in Tunis and Palestinian Prisoners’ Day.

During the last two weeks of April Israeli forces conducted a total of 158 search and arrest operations in Palestinian villages and towns.

At least six of these operations triggered violent clashes with local residents which resulted in injuries, including nine people in Awarta (Nablus area ), five in Idhna (Hebron area ), one in Deir Nidham (Ramallah area) and one in El Far’a refugee camp (Tubas area).

Original article, with further info, at the Alternative Information Center, via link below.